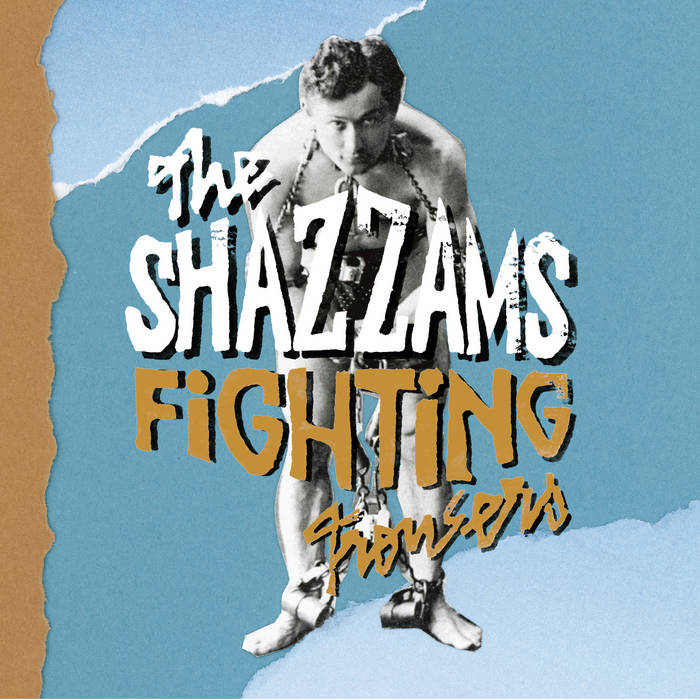 With a volatile formula that melds Franco-Anglo-American influences, The Shazzams have concocted a remedy for backbeat nostalgia on their debut album 'Fighting Trousers.'

American Justin Houser leads the group with songwriting, vocals, and guitar—not to mention a showman’s casual pizazz. Houser effortlessly pulls early blues, garage, country, and punk motifs from his sleeve in a dazzling sonic display. Lyrically, Houser subverts the familiar rock tropes of sex and drugs, booze and brawling by sneaking in a sideshow of pugilists, animals, and literary monsters. Unleashed from a background in mandolin and banjo finger picking, French guitarist Raphael Dumas seized upon a Fender Jaguar electric guitar. Dumas maintains a precision that anchors the sound even as it veers into psychedelica. Stephen Harrison, always the dashing and debonair Enlglishman, delivers a sturdy bassline, whether he’s thumping the standup bass or crunching on an electric. The fierce, French Elisabeth Keledjisan’s drumming is tight as an asylum bedsheet, but she sneaks in a few snazzy fills in a wink to her history playing jazz.

The end result of this dynamic collaboration is a ragged, vaudevillian universe that sounds with an unfettered yowl that defines this album and the group's sound.'

Bandcamp Daily  your guide to the world of Bandcamp